Angel lay on the cutting table in the sewing room and watched Kirby climb up to the top of the cabinets and get into any thing he could.  She has never attempted his stunts, till now.

We think she watched Kirby and learned. So up she went.  She was not brave enough to go all the way to the top.  Since she is short legged and bodied, she cannot reach many it the foot holds he uses. She lay on top of the miniature room box all afternoon! 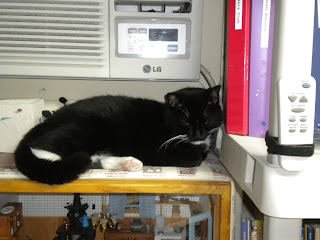 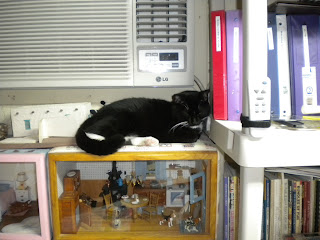 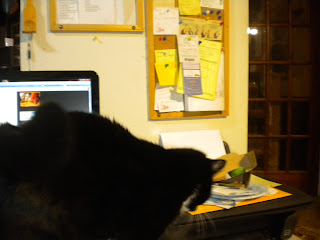 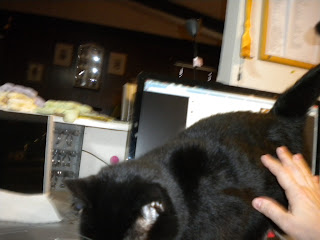 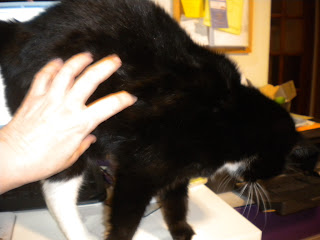 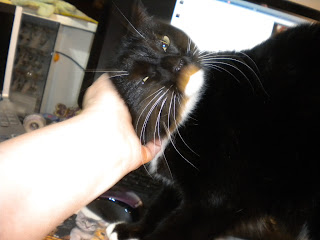 Oh, yeah, and there 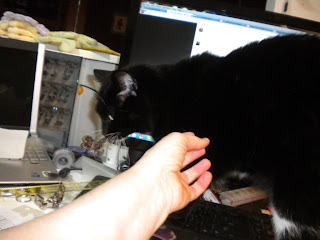 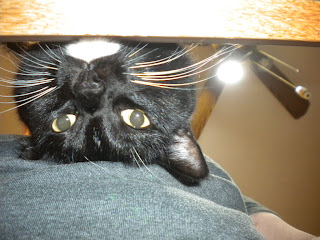 Mom, why do you have the camera in your lap?
Angel gets on the desk between me and the keyboard and monitor and demands scritches!  This is as close as I get to cuddles.  She heat butts me on the shoulder or chest if I am not scritching in the right places or enough!
Posted by Angel, Kirby and Max at 11:43 PM 15 comments: 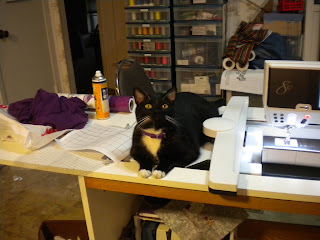 Mom, you have to stop sewing!  No more bears, turtles, lions or quilts!  You have ignored us all week!

Kirby, you know we had the Granddaughter Sunday through Wednesday last week!

Yes we did and guess what!  She hogged the computer and she sewed!

Well that is true.  She did make this cute purse! 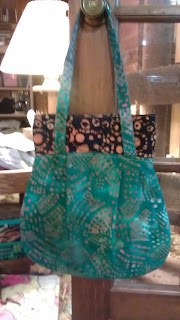 Monday, March 19th: World Cancer Day.
Today we are joining our friends of the CB in thinking, purring and praying for all those that have cancer or have lost the battle.
WE are celebrating with those that have beaten this evil and come out on the other side.
Just as Mom started putting  this together, we lost power.  Thankfully it was only out for half an hour
Posted by Angel, Kirby and Max at 10:51 PM 10 comments:

Kirby is getting an education?

Mom, Is Kirby going to get smarter? 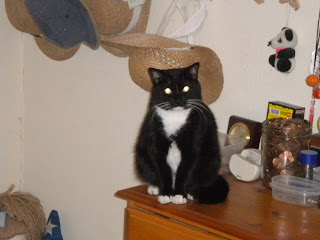 Angel, Why would you think that.  He is a pest to you all the time but I do not think he will smarten up and stop that.

Well, Mom , you said he was in Cat Academy!

No, Angel, He is ON the Cat Academy quilt! 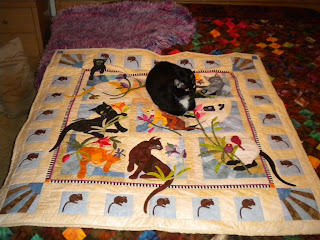 To see more of the Cat Academy check our Mom's quilt blog, Yellow Mound Quilts!
Posted by Angel, Kirby and Max at 12:58 AM 22 comments:


We have been very sad here all week. Mom's Grandkitty, Smokey has been very sick.  He was so cold,  throwing up and his breathing was ragged.  Mom picked him up and took him to the vet.  They could not get a temperature on him, so it was below 90 (should be 98). His kidney values were shy high and so was his liver.  After two days on a heating bed and with IV fluids, he was not getting much better. His temp never got above 94 and he had not eaten.  The vet did not tell us that he was blind.   Today his Mom and Girl (she is 18) had to make the hardest discussion any pet lover can make.  Even though he had improved a little and was able to see a little, he did not act like he knew we were there.  The vet thought his mind had been affected,   so we sent him to the Rainbow Bridge at 7:20 this evening.

This is a picture of Smokey from a few years ago.  Sorry it is so tiny.

I took this picture Monday at the Vet's office.  As you can tell he was not  feeling well. 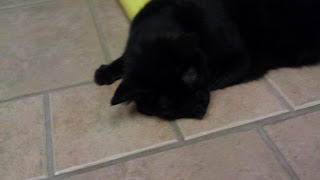 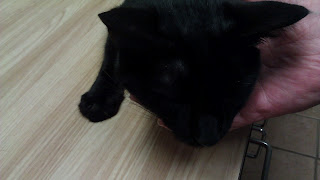 I took this one tonight as we all said good by. 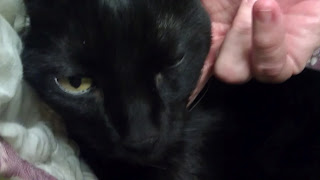 He was Mac's litter mate.  He has joined his brother and Sister Em at the bridge.  His sister Lightening is already showing signs of depression.
Posted by Angel, Kirby and Max at 9:54 PM 25 comments:

Please join us today for HATS OF HOPE in honor of Miss Judi aka JudiBug!
Today, is Hats of Hope Day for Miss JudiBug.  We are sending our thoughts and prayers to Miss Judi, Sammy, Andy, Shelly and Sierra’s mom.  She has  some health issues that are very worrying, and we are sending pawsitive thoughts, purrs and purrayers her way.
We were Hatted by her
Angel has been hatted by our neighbors to the south On October 22, 2010, Sammy and Andy and their Mom! 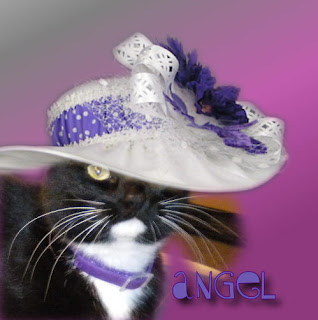 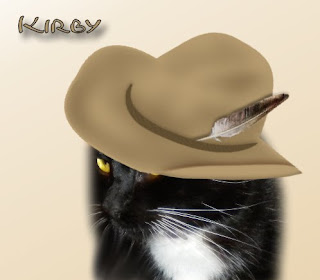 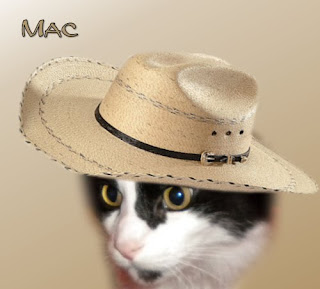